I suppose it was simple naivety but seeing that my growth rate had been steady for the previous three years, as I entered 2007 I pretty much expected it to just keep on that way.  It turned out to still be a year of good growth but the rate did slow some and would slow even more in years to come.  I will discuss more about the reasons behind various terminal lengths in a future entry.  2007 opened with me feeling very optimistic about my hair.  Not only was it growing steadily, but it remained thick to the ends as shown here in January: 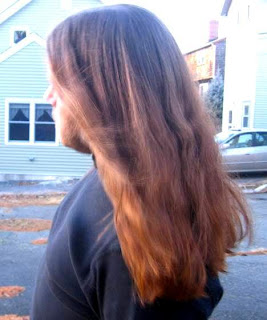 I continued to hone my regular 3 strand braiding technique.  This photo was taken in January at Singing Beach in Manchester, MA: 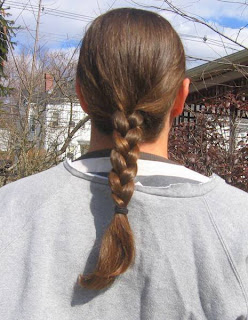 I was blessed in March of 2007 by being visited by someone who was also into long hair and who happened to be an expert braider.  She put a number of these styles into my hair: 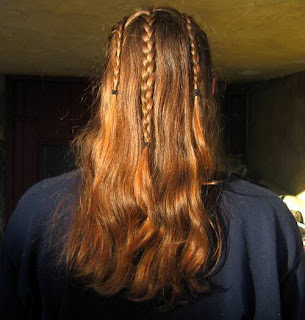 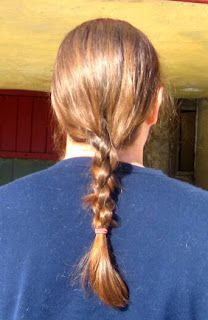 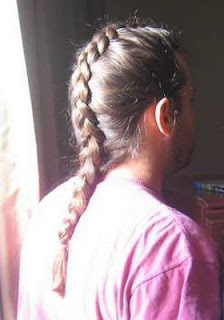 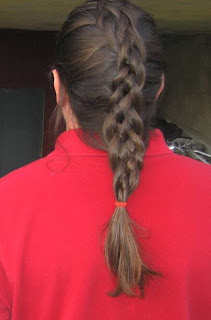 The only braid that I learned how to do myself was the rope braid.  I'll post a sample of that in a future entry.  I decided in June 2007 to dye my hair a temporary color that fades after 28 washes.  I picked a plum color: 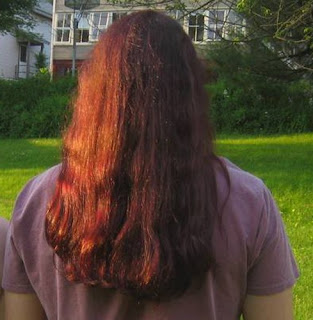 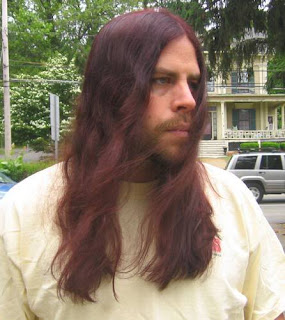 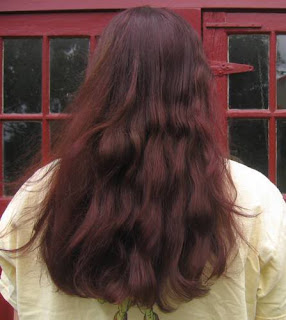 I liked not only the color but also the way it left my hair feeling.  Red tends to fade pretty quickly but it left highlights that would remain apparent for quite a while afterwards.